What Are the Main Differences Between Nitrite-Based VCI and Green VCI? 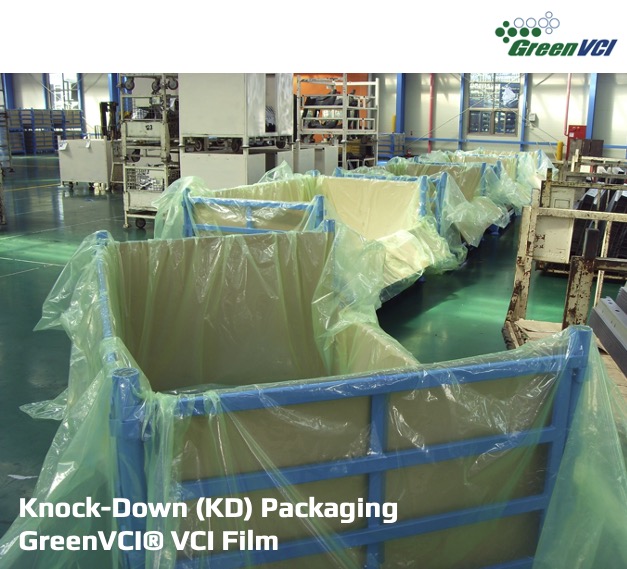 What Are the Main Differences Between Nitrite-Based VCI and Green VCI?

Corrosion is a natural process where metals return to their original state. Corrosion occurs in an electrochemical process where the electrolytes, often found in humidity, cause the electrons to flow from anode to cathode on unprotected metal surfaces.
Volatile corrosion inhibitors (VCI) are a sophisticated yet economical way of protecting metals from corrosion. The atomic layer of VCI within the surface of the metal inhibits the electrochemical process foaming a thin protective layer of about one molecule in thickness on the surface of the metal.

Nitrite-based VCI is still the most-used VCI today and is often referred to as the second-generation VCI technology. Some of these nitrite-based VCI recipes contain nitrite and secondary amine-based chemicals. These chemicals, however, are considered carcinogenic and are becoming regulated.

Nitrite Based VCI
[Advantages]
1. Economical nitrite-based raw materials
The majority of VCI film, VCI paper, VCI liquid, and VCI powder sachets on the market consist of nitrite and/or secondary amines due to ease of access and relatively low price offers

[Disadvantages]
1. Weak vapor inhibitor ability
Nitrite itself does not have vapor functionality; therefore, nitrite-based products are often referred to as "contact-phase corrosion inhibitors"

Green VCI
[Advantages]
1. More eco-friendly and less harmless to the human body
The majority of the chemicals are composed of plant extracts and food additives

GreenVCI R&D Co., Ltd. has developed a full product line that meets and exceeds these requirements by incorporating readily biodegradable and food-grade-chemical-based VCI recipes since the early 2000s. GreenVCI R&D Co., Ltd. welcomes the opportunity to serve your company with green corrosion inhibitor products and solutions.